You are here: Home / Resources / The U.S. and China tech rivalry escalates further

In early August, White House issued an Executive Order that threatened to ban TikTok, a hugely popular social media platform owned by Chinese ByteDance Ltd.1 With over 175 million downloads in the U.S. alone, and over a billion downloads globally, the U.S. authorities view TikTok as a national security threat. One of the key concerns is that the user data, such as location data and biometric information, may end up in the hands of the Chinese government and allow them to use the data, for example, for espionage purposes. TikTok was also banned by the Indian government together with 58 other Chinese apps following the border clashes and rising tensions with China.2

At the same time with the executive order banning TikTok, White House issued another executive order that targeted banning WeChat. WeChat, a Chinese Tencent owned social media and electronic payment application has got a limited market penetration in the West, but a near society-wide adoption rate in China.3

The recent bans issued against Chinese-owned mobile applications are another move in the great game, where the heating geopolitical rivalry between the U.S. and China is taking a greater role also in the technology domain. Measures taken against popular mobile applications were preceded by rounds of sanctions levied against the Chinese mobile technology giant, Huawei. Sanctions were aimed at not only severely limiting Huawei’s role in the 5G networks in the U.S. and elsewhere, but also limiting Huawei’s access to core technologies crucial for its business, such as sophisticated chip designs manufactured using the U.S. export licensed technology.4  Other Western powers, such as the United Kingdom and France, have after their own investigations followed the U.S. lead in their efforts to gradually phase out Huawei from their next-generation networks having national security significance.5, 6

The tightened sanctions regime is beginning to produce the expected results, as Huawei has reported running out of their in-house designed sophisticated chips used in their smartphones. The depletion of Huawei’s chip stock follows the closure of chip production by their foreign suppliers, such as Taiwanese TSMC, by mid-September in compliance with the U.S. sanctions.7

As could be expected, Huawei and the Chinese government are working hard to limit the sanctions’ effects. According to some reports, Huawei has been trying to poach talent to prop up indigenous production of lithography machines,8 and the Chinese government is pushing long-term national industrial policies to boost the semiconductor industries.9 At the same time, news reports are emerging about a long-term hacking campaign by a Chinese threat actor against Taiwanese chip companies. Reportedly, Chinese hackers stole intellectual property, including chip designs.10

The bans and sanctions are a part of the broader struggle against questionable Chinese competitive practices ranging from hacking and intellectual property stealing to standards setting11 aimed at gaining an edge against Western companies and countries alike. For example, in the U.S. alone, the FBI reportedly opens a new China-related counterintelligence case every 10 hours.12 To stem and counter the malicious activities the U.S. authorities have recently, for example, ordered China to close their consulate in Houston for purported intelligence activities13 and issued a proclamation banning Chinese graduate students and researchers with ties with the People’s Liberation Army from entering the U.S.14 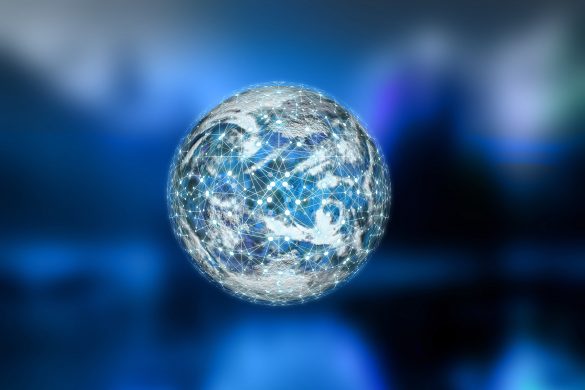 Both the ongoing COVID-19 global pandemic and the tech rivalry between China and the Western powers, the U.S. in particular, have made the vulnerabilities in the global supply and value chains visible. The ownership of intellectual property rights, necessary know-how and tools, and production capacity is scattered around the world across several nation-states and jurisdictions. For example, Huawei’s statement about their inability to source their in-house designed advanced chips for their phones shows that China and Chinese companies may lack some core parts in their value chain. In this case, the lack of indigenous production of sophisticated chips in scale makes their economy and global enterprises vulnerable for carefully targeted sanctions policies.

The overlapping crises burdening the global supply and value chains, combined with increased political and image risks associated with China-based operations, have already forced global enterprises to re-evaluate their global footprint. It has led some of the companies leaving China, though not necessarily back to their native countries.15 This development will most probably continue and be encouraged by the political leadership in various countries, as was exemplified recently by Japan.16 This might, in turn, lead to even more aggressive intelligence collection both in the cyber domain and by other means by Chinese actors in support of the development of their national capabilities.

It can also be expected that there will be some tit-for-tat retaliation against Western companies, some of which are dangerously exposed to China’s political risks. According to one assessment, these companies include Apple, with a fifth of its total sales of $270 billion from China. Similarly, the U.S. semiconductor giants, such as Qualcomm and Intel, depend heavily on their sales in China.17

The most recent escalatory steps seen in the technological rivalry between the U.S. and China are an outcome of more than a decade of Chinese intellectual property theft, their penetration of the Western research institutions, suspected use of private and state-owned enterprises for collection of data for the benefit of the state and the Chinese Communist Party, and most recently more brazen Chinese geopolitical posture. Taking over the commanding heights of technological development serves as another front in the geopolitical struggle between authoritarian China and the countries upholding the liberal order. Thus, it is highly unlikely that the rivalry in the tech domain will cease to exist in short to medium term. China making major concessions and policy changes regarding their more aggressive global presence appears improbable.

After decades of enjoying the peace-dividends and the seemingly unstoppable onwards march of increasingly efficient global supply and value chains, it appears currently that the pure economic calculus is about to take the backseat in the international politics. Instead, the geopolitical and security considerations are reintroduced as the primary driving force behind setting the political priorities. Should this be true, among other developments, this will lead to even more fragmented internet together with increasingly walled-off information spaces, diverging global technological standards, and increasingly aggressive economic and political maneuvers in geographic areas, where spheres of influence are overlapping. These developments will mean a more risk-laden operational environment for companies that are engaged in global business, particularly in the areas of high-tech and dual-use technologies, and having an association with national security. Such companies should pay particular attention to improve their resilience and solidifying their security footing, especially in the cyber domain.

Secure smartphone up to RESTRICTED